Van Spaendonck Services: carve out of a subsidiary company

The story of Van Spaendonck Services

Van Spaendonck Services is a prominent player that supports accountants, entrepreneurs and employees in personnel related issues. As part of the Van Spaendonck Group (187 employees) Services strongly believes in the power of cooperation. But also in focus. Partly for this reason it was decided to part company with subsidiary VSP Risk. A delicate task in a market where everyone knows everyone else.

According to board member Ruud van Leeuwen, it soon became clear that external expertise would have to be sought for this: "The purchase and sale of a company is a profession in itself. Moreover, this was a fairly specific company in a small market. You have to be able to operate under the radar.

Immediately after the first meeting Ruud knew that Florijnz had the right skills. "We also considered a party that was just at home in the insurance world. But we soon knew: this requires an expert in the field of acquisitions and corporate finance."

"But we soon knew: this calls for an expert in the field of acquisitions and corporate finance." That first impression was quickly realized. Florijnz drew up a proposition, a strategic plan and a prospectus. "And with that they laid the foundation for a successful project", says Ruud. "We were too much in the business to get all the possibilities properly in a row. Because they looked at it from a distance - and with a different view - they strengthened our position and widened our playing field."

In doing so, Florijnz set different priorities than Ruud and his colleagues would have done themselves. "They surprised us on several occasions. In a positive sense that is, because it was precisely on those points that they made the difference. Take the prospectus: they had a clear vision of what it should and shouldn't contain. But also think about the discussions: who should be present at those meetings and who shouldn't? They thought about every detail."

Trajectory in your hands

In addition, Florijnz was a competent process director. Ruud: "They took the process firmly in hand. They acted when necessary, but also took their foot off the accelerator when just that was desirable. They understood the sensitivities involved and had an eye for the interests of all the stakeholders. That helped us a lot, also in our internal process. Because that, too, had to be handled with the utmost care.

All in all it was an intensive undertaking, Ruud concludes. "To be honest: more intensive than we had expected. So it's extra nice to be able to fall back on someone else's experience."

Good deal for everyone

But the result was worth it: VSP Risk was sold for a good price and good arrangements were made about the employees involved. Ruud: "During the negotiations Florijnz sensed very well what we found important: not only the price but also the importance of the employees. Partly because of that we have a deal that was desirable for everyone.

Ruud and his colleagues atVan Spaendonck therefore look back with satisfaction. "We are now several months down the line, and it still looks like everything is going as planned. At the start of the project, we knew pretty much exactly what we wanted to achieve. But how we were to achieve that was unclear to us. That Florijnz has more than excellently filled in for us." Sale of The Kangaroo Apeldoorn "Cooperation went well, we complemented each other well." "Very pleasant, approachable, quick and respectful of each other." 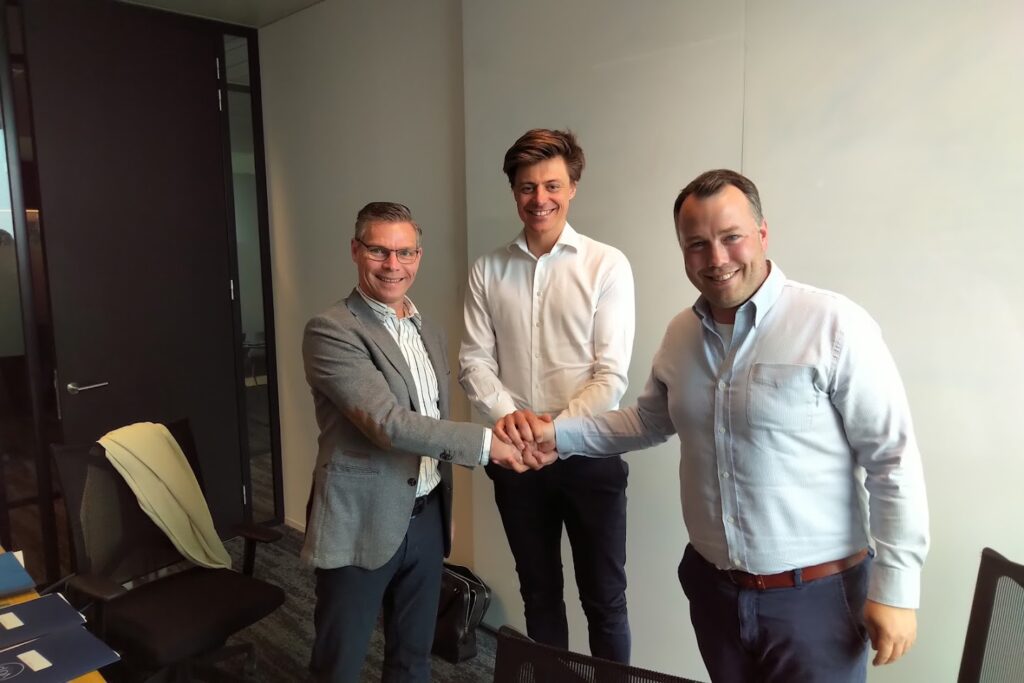 "I bought the business on July 14, 2016 and sold it exactly 6 years later, this completes the circle!"